In his latest blog Misha de Sterke talks about the hidden growth dilemmas within large companies and the importance of corporate innovation.

Where in the value chain does the company earn money in the future? What new business models do we see in the market? In which tech domains do we see substantial VC investments?

In general big corporations have trouble with validating and scaling disruptive business models for two reasons;

1. The way big companies are structured to make money is centralised around it's existing customers with premium margins. Disruption possibilities on the other hand, emerge in the low-end of the market or through non-consumption/ new markets.

2. This means that the financial metrics and processes are designed to improve existing products and services, because they are the least uncertain in their development trajectory.

Why does this matter? The origin of economic growth

The speed of creative destruction is accelerating. According to the SP 500, the  longevity of companies has shrunk to an average lifetime of 15 years. The problem is that big companies are designed to become better in what they do already and  have problems in tapping into new market opportunities. The reason why the Japanese economy was flourishing was because of the amount of disruptive  innovations they produced, disruptive innovations are new growth and job creators. Think of Sony’s transistor radio, the emergence of the convenient motorcycle the Cubb of Honda or the mass production of affordable cars. Nowadays growth has stalled in Japan and this has a lot to do with the introduction of new financial KPI’s such as ‘return on investment’, ‘return on net assets’ etc. This KPI’s are focused on short term growth.

If a company wants to grow in the short and long term it should focus on three types of innovation;

1. Disruptive innovations; creates better accessible and customer friendly products or services. This creates new jobs, but to grow it needs capital. Think of the ipod or Netflix or the Toyota Corona in the United States (this last one was also disruptive)

2. Sustaining innovations; These kinds of innovations make sure that existing products and services become better. Think of the iPhone 3 to iPhone 10  evolution. Margins getting better, market growth becomes bigger. Though it does not create the new wave of growth that for example the ipod/itunes combination delivered. With the birth of pay-per use models for music and the wave of apps.

3. Efficiency innovations; make more with less. Think of the Toyota management system. It will not create jobs, rather destroy jobs. But it creates a better cash flow position.

What are the mechanics that cause the outcome of investing in efficiency innovations? You can call it financial doctrines, the most important are;

1. Inputs that are abundant can be wasted, inputs that are scarce should be treated carefully. Bandwidth was scarce, though innovations it became very cheap and abundant. Netflix, Google could create their business model because of this and change the industry. The capital was scarce, now in abundance.

2. Then we have the financial ratio’s, for example; Return on net assets (RONA), Return on capital employed (ROCE), internal rate efficiency (IRR). The problem with these metric is that the profitability of efficiency innovations are always higher because of these metrics that we use. Think of Dell, it started outsourcing their production capacity to external parties, this created a better ‘return on net assets’, though the party that was executing the production for Dell, started to create the modular approach (creating your own pc) themselves. This was almost the end of Dell. The problem with this metric is that the money and people in the resource allocation process will follow the shortest route to efficiency innovations. That’s the problem.

The dilemma of financials is investing in a new cycle of disruptive innovations or in sustaining innovations. The problem with disruptive innovations is they pay out in 5 till 10 years, under the condition that the execution is flawless. IRR en RONA will go down when you start investing in disruptive innovation. So it is more appealing to invest in efficiency innovations in which RONA en IRR go up. It is a vicious circle. The conclusion is; capital is abundant. Japan is an interesting example. The country had grown enormously in the 70’s. What was the engine behind this prosperity? Toyota made cars affordable for a broad market. Sony did the same with the walkman. Canon did the same with printers. Though since 1990 growth rates stagnate. They started to use the same financial metrics as we do, since then only a handful of disruptive innovations were launched, think of the Nintendo Wii. The Japanese economy is a flatline, some call it the golden sealing, people have everything they want. Thats why it is time to invest in disruptive innovations, there is the capital but almost no investments. Christensen calls this the ‘capitalist dilemma’.

What does transformation means in this context?

Growth, in the broadest meaning of the word. Besides improving the core business, selling more existing products for better margins, is just one part of it, and has nothing to do with the meaning of transformation. This means reinventing yourself. Going from gas to liquid. But if you want to create something, thinking in the existing logic and system, will not lead to something new, as Einstein observed. Big corporations are built on the idea of ‘continuity’. Everything needs to preserve the status quo. Thats why processes are developed not to change. With other words, the company is organized to make money, resources, processes, and financial KPI's to scale the business is designed to execute on scale in a consistent level. It is not designed to change all the time. Six sigma is designed to eliminate variance in processes. Look at the financial industry.
So the word ‘transformation’ without a clear definition does not bring clarity in how to move forward. Everybody talks about transformation, digital transformation, HR transformation. So called management guru’s think that everything needs to be shaken up. But If we just have a common sense of what companies need to achieve it is simple; growth.

So why is transformation then important? Companies loss with a lot of categories their product market fit. Profits are going down. New entrants enter with new business models. Customer loyalty declines. Most big companies face intertia. They are frozen in place. And the biggest reason for this is that they lack a dynamic resource allocation process, in which the can turn assets from one unit to another. This has to do with cognitive biases, the growth dilemma and corporate politics. So transformation for most companies should be focussed on how to facilitate new growth. Many scholars then define growth among three trajectories, in the ‘FutureProof’ framework these are;

1. Optimize the core - also know as efficiency innovations, getting the same products or services for less money in the market.

If you relate this to the topic of a dynamic resource allocation process this means that a company should be able to move assets and build on new future growth models, balanced on the three growth trajectories. This is the one of the core themes agility and entrepreneurship is about. Making fast decisions about where to allocate resources and learn through a lean innovation process where to play and how to win.

Startups are not small versions of a big company

Startups are temporary teams that search for a scalable and repeatable business model, they execute in a process that is build around the idea of discontinuity (change is a fact). So if we look at the lifecycle of organizations big companies always start small. A bunch of entrepreneurs testing new ideas with clients, and when an idea really works the business model needs to be healthy and the product need to be shipped a 1000x in a repeatable way. Big corporations lost the first part of the lifecycle. Searching and validating new ideas, or as it been called in strategy literature ‘emergent strategy development’ . This is reflected in the organizational discourse 1 around ‘bringing entrepreneurship back into the organization’ or ‘bring back the founders mentality’. Most of the times these change initiatives have zero chance of being successful because they try to implement it in a machine that is build on ‘continuity’ and processes to support the zero-mistake execution. This builds up the logic for a dual-core operating system.

Now think about the financial doctrines and the entrepreneurial way of working. The bigger the core business of an organization…x billion turnover. The more impossible it becomes to detect small opportunities in the periphery of the market. A company that makes three million would become very enthusiastic about the opportunity of one million. Unilever would not care about such small numbers. So the paradox is that big organizations with good management are focused on the best customer/best margin ratio and therefor also the reason real long term growth from disruptive innovation will not happen. 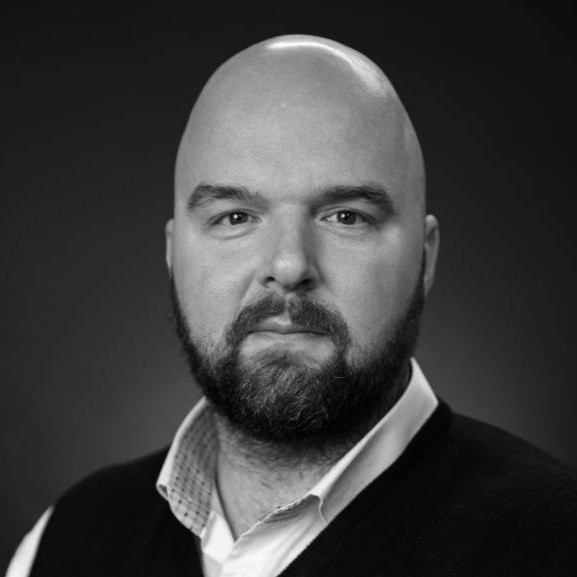 Sometimes, It’s What’s On The Outside That Counts

Innovation Accounting: What Is It And How Can You Measure Success?